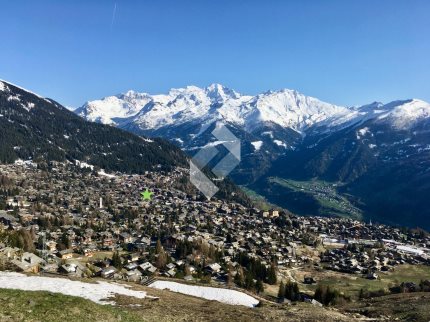 Whenever we talk about the city of  Verbier, lying in the bilingual French German-speaking canton of Valais,  a distinction needs to be made between the Verbier winter sport center, mainly oriented towards ski sports with its particularly vibrant nightlife, and the nearby village of Verbier. The city is not an independent municipality but it is a part of the municipality of Bagnes located in the "Four Valleys" which is the largest ski area in Switzerland and the third one in Europe. The station was constructed on the south oriented plateau at an average altitude of 1500 m. From the top of the Mont Fort at 3300 m, the panorama extends from the Matterhorn to Mont-Blanc and covers hundreds of impressive mountain peaks. Verbier is located just one hour ride from Chamonix, one hour and fifteen minutes from Lausanne and one hour and a half from Geneva with its international airport. In 2018 Verbier became known as « the best ski station in Switzerland ». Both the station and the village have 3000 permanent inhabitants and host around 50 000 people during peak season. The glamour of this French speaking but multilingual city tends to attract the international jet set, especially the English one. Places worth visiting in the village of Verbier are: the Chapel of St Bartholomew built 1866 at the site of the former chapel constructed around 1680, the cultural center and the local museum, as well as the Place de l'Odéon and its famous sundial.

The winter season begins towards the end of November and finishes in the end of April, being one of the longest in the whole Switzerland. The famous « Xtrem » tournament brings together the world’s elite in ski and snowboard freeriding and marks the culmination of Verbier’s winter season. Both the village of Verbier and Verbier-station offer also a variety of summer activities attracting far more than just winter sport enthusiasts. One of the local top events is the Verbier Festival of classical music taking place in July and August. The station is known for its nightspots (the nightlife is another advantage during the ski period) giving you the opportunity to visit fine shops, bars, tea shops, cinema and restaurants serving raclette and the wines of Valais.  For golf lovers, the city has an 18-holes golf course with a magnificent view on high peaks. Before becoming the famous ski station, Verbier was a mountain village. In spite of the flow of time, wooden and stone cottages have preserved their alpine character. Buildings seem consistent on the outside but let’s keep in mind that their interiors showcase true rivalry between architects. Property prices are very much on the up and hit record highs.

Properties for sale by cities
Properties for sale by category
Properties to rent by cities
Properties to rent by category
Lookmove
Who are we?Contact usPressPrivacy policyGeneral terms of use
Services
Estimate a propertySell a propertyRent out a propertyBuy with LookmoveSuggestionsProperty prices
Discover
BlogHomes for saleHomes for rentCity guidesDirectory of notariesDirectory of agencies
Professionals
Our Pro offersPartnershipOur partner agents
Follow us
Copyright © 2022 Lookmove SA. All rights reserved.
Loading.....