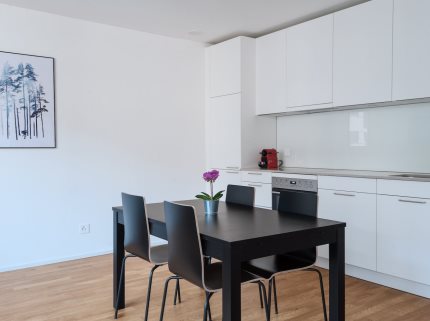 With its 172,000 inhabitants, Basel is the 3rd largest city in Switzerland and a capital of the bilingual German/French half-canton of Basel-City. Although officially and factually bilingual, the canton offers German a special status. The entire metropolitan area, the Eurodistrict of Basel, has a population of nearly 830,000. Basel, the home city of Roger Federer, the famous world tennis champion, is Switzerland's second largest economic centre after Zurich and a major financial and scientific centre (chemical and pharmaceutical industries), with the registered seats of Novartis, Hoffmann-La Roche, Syngenta, etc. Basel has a perfect location, at the heart of the Biovalley triangle, a cluster of competitiveness between Alsace and Baden-Württemberg, which brings together industrial centres, research laboratories, hospitals and universities. The city is also home to Switzerland's oldest university, whose former students include such prominent figures as Erasmus, Paracelsus, Bernouilli or Nietzsche. Basel owes its charm largely to the medieval centre, divided in two by the Rhine River, which brings the people of Basel together in restaurants on its opposite banks and serves as an open-air swimming pool in summertime. The top must-see attractions of the old town include the Basel Minster with red sandstone brickwork, the town hall and remains of the 13th century city walls (destroyed in the 19th century in order to build roads), i.e. the Gate of Spalen and St. Alban’s Gate.