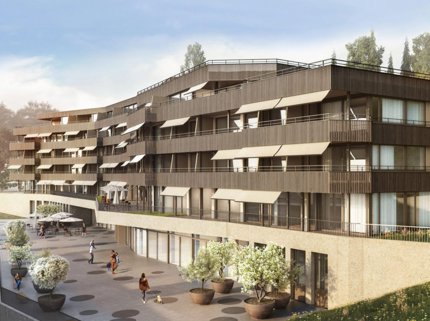 Zoug or Zug (Zug in German) is the capital of the eponymous German-speaking canton. With its 30,500 inhabitants, it is undoubtedly one of the Swiss capitals of finance and, even more indisputably, of the cherry. This charming lakeside city is equidistant from Lucerne and Zurich and its thriving economy makes it one of the most expensive cities in the Confederation. Indeed, the canton of Zug benefits from an advantageous fiscal policy as allowed by the Swiss federal system. Large multinationals are located there: Glencore, Crown Resources Siemens, Xstrata and Amgen. It is also the Swiss capital of commodity brokerage. Zug is nicknamed “Crypto Valley” by digital financial companies. Far from the hushed offices of financiers, Zug is renowned for its cherry orchards and the canton is the leading producer of cherries in Switzerland. To see: The Zytturm, clock tower, emblem of the city which dates from the founding of Zug at the beginning of the 13th century; the old town with its 14th century houses and its narrow streets overlooking the lake.

People come to Zug for its privileged location by the eponymous lake, for the quality of life and for the facilities in terms of education, transport, employment ... and taxes. All these advantages make Zug one of the most expensive cities in Switzerland. The town is rich in beautiful parks, the region has many lakes, more or less large and the ski resorts are not far away. 25% of the population is of foreign origin, which gives Zug an international character from a linguistic, cultural and gastronomic point of view. In the beautiful gardens of the beautiful properties by the lake, obviously grow cherry trees, the essential tree of the canton. Moreover, "chriesi", as it is called here, has given rise to many culinary traditions (kirsch pie among others) and folklore. But the city is also home to a tradition that is more than a hundred years old: in September, its bull market, the largest of its kind in Switzerland, presents some 250 breeders from all regions of the country and neighboring countries. An event that thousands of inhabitants of the canton, from the banker to the farmer, would not miss for the world.