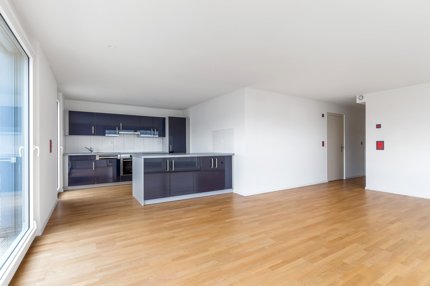 With slightly more than 56,000 inhabitants, Biel (Bienne in French) is the tenth largest city in Switzerland. The town lies in the canton of Bern (the seat of government is 40 km away) and is the capital of the Biel district. It is officially bilingual, with 60% residents using German (Bärndütsch, a variety of Swiss German) and the remaining 40% speaking French. Biel lies on the shore of a lake of the same name, on the border of German- and French-speaking Switzerland. The town is home to a number of watchmaking brands, such as Swatch, Rolex, Omega, Tissot, Movado or Mikron. Next to watchmakers, Biel also abounds in start-ups specialising in power engineering or medical technologies, seated at the local branch of the Swiss Innovation Park. The town has no universities, but there are several technical colleges that attract students and make Biel pulsate with life. The renovated old town makes an ideal place for pleasant walks. The local attractions include a 15th century Gothic cathedral and numerous fountains with potable water. Some of them date back to the 16th century, but still supplied water to Biel’s people in the 20th century. Watchmaking enthusiasts should also stop by the New Museum and the Omega Museum.

Biel is located at the very heart of the Three Lakes Region (the Seeland), on the shores of Lake Biel, west of the Jura Mountains. It is a perfect destination for sports enthusiasts, whether in winter or in summertime. Every first Friday of the month, the old town’s streets, squares and dwellings pulsate with life until 10 pm. Theatres, restaurants, bars and clubs remain open until late at night. It is relatively easy to find accommodation in Biel and property prices are slightly lower than in other Swiss cities. Modern buildings that line the shoreline of Lake Biel contrast with those of the old town. Even though the public transport network is well developed (two funiculars, trolleybuses and buses), the residents of Biel love to travel by bike. The neighbourhood of the town and the two other lakes of the Seeland, Lake Neuchâtel and Lake Morat, are popular destinations of travels and hikes along beautiful vineyards that cover the local slopes and lowlands with plough fields. Among the numerous delicacies of the Three Lake Region is the Tête de Moine (monk’s head), a delicious PDO cheese. The region is also known for absinthe, a mythical alcohol, the production of which was forbidden until 2005.