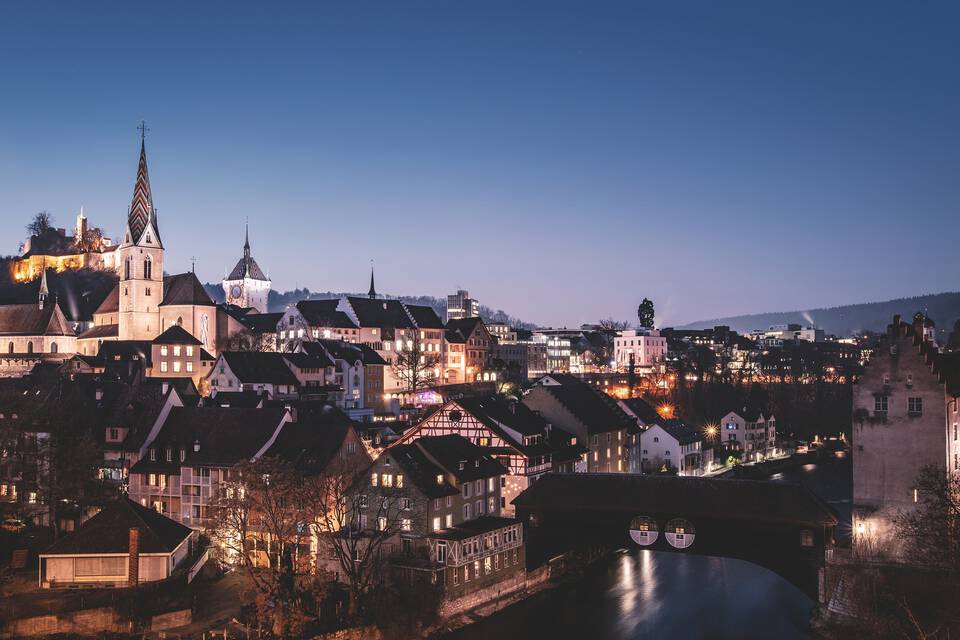 Baden is located on the left bank of the Limmat in the German-speaking administrative district of Aargau. With nearly 19,600 inhabitants, it is now encompassed by the metropolitan region of Zurich, which is only 25 km away. Baden's name comes from the word bad, bath in German. The 18 hot sulfur springs, already used by the Romans 2000 years ago, have given rise to a famous spa town. It is the main tourist attraction of this dynamic city with its perfectly preserved medieval heritage. The city is connected by train to Zurich, Brugg and Basel, and the A1 motorway passes nearby. Besides the Thermal Baths, Baden hosts companies such as ABB (headquartered in Zurich), Alstom Switzerland, the Axpo group and many start-ups and young SMEs. Baden obviously benefits from its proximity to Zurich, the largest city in Switzerland and an important economic, financial, scientific and university center. The medieval old town, closed to traffic, is worth a visit and in particular the area around the covered bridge (which has been destroyed and rebuilt several times since the 11th century), with its pretty houses with colorful facades. Also the Bailiff's Castle (Landvogteischloss), now a history museum, the ruins of Stein Castle (Schloss Stein) and the old Town Hall (Stadthaus).

The Wakker Prize, which rewards cities making efforts for harmonious urban development, in particular architecturally while protecting and enhancing their historical and real estate heritage, was awarded to Baden in 2020. High tech companies, or more traditional ones such as the H. Müllerbräu AG brewers or the Graf Kaffee roasters, stand alongside public or private thermal baths. The spa district with its many hotels is a true haven of peace. The old town offers theaters and museums. The Grand Casino Baden awaits roulette enthusiasts and international festivals punctuate the summer months. Every Saturday and Tuesday morning, a market with regional products and flowers brings together residents and vacationers. Baden is a small town and nature is very close with strolls on the banks of the Limmat and those in the surrounding hills of the foothills of the Jura region. The city controls its real estate development and the residences area as much as possible drowned in the greenery. Prices are average, similar to those in Aarau, another important municipality in the canton of Aargau, and cheaper than in Zurich. 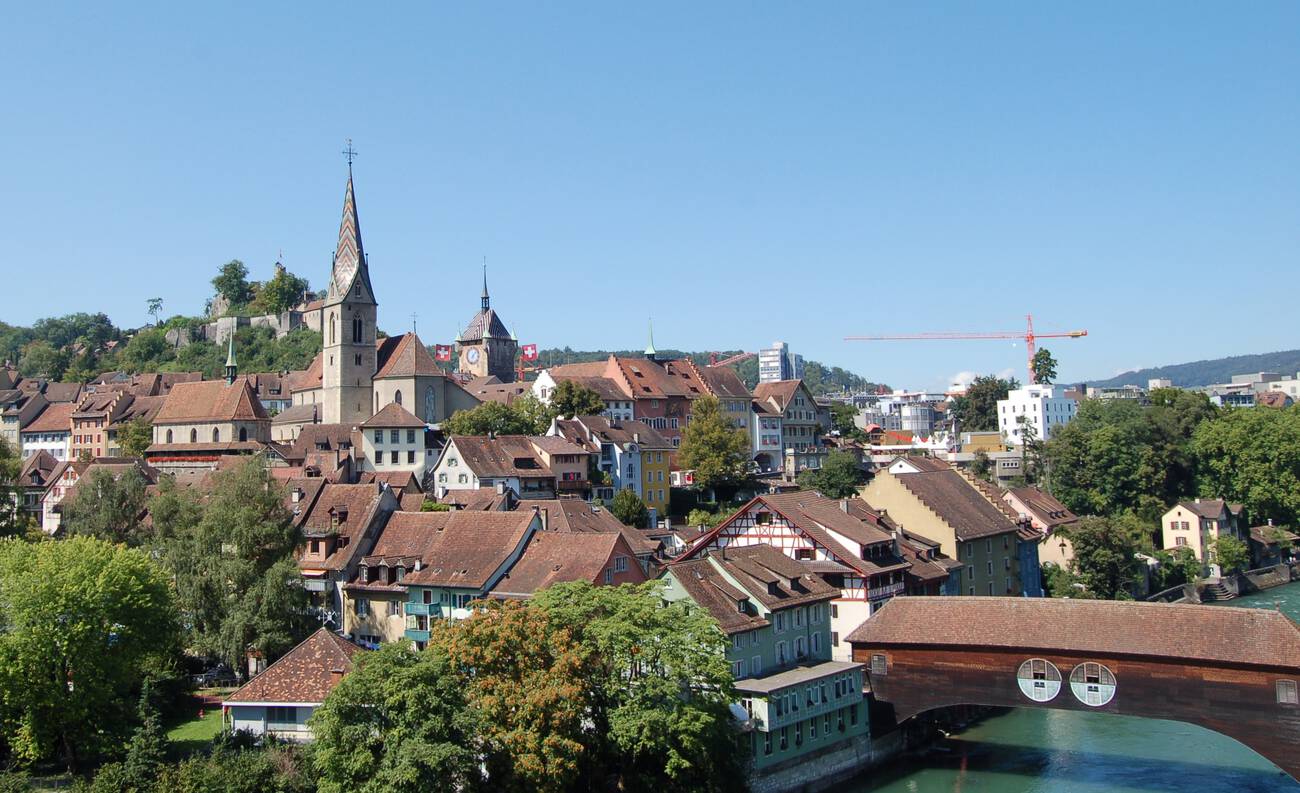 Loading.....
Properties to rent in Baden
Properties for sale in Baden
Discover the surrounding cities 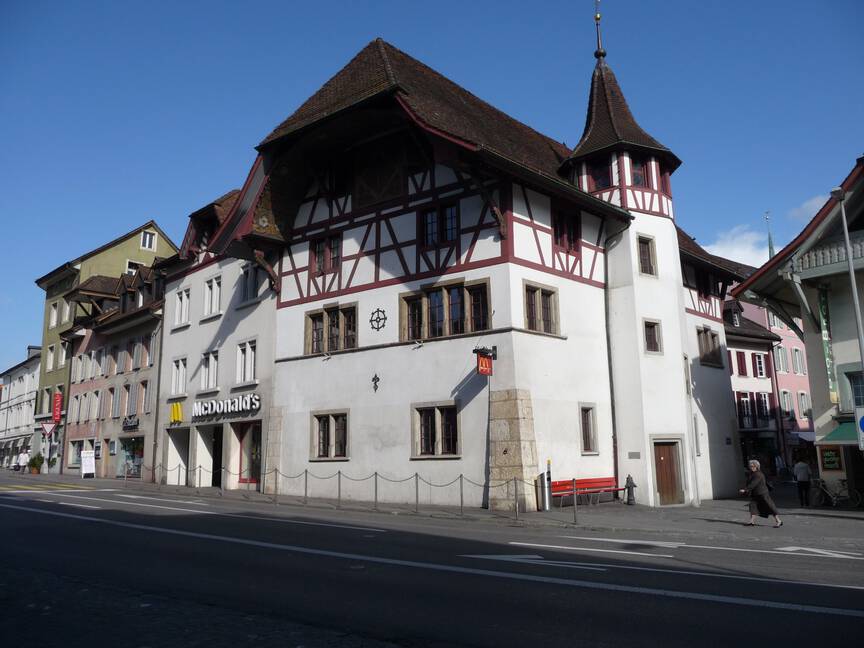 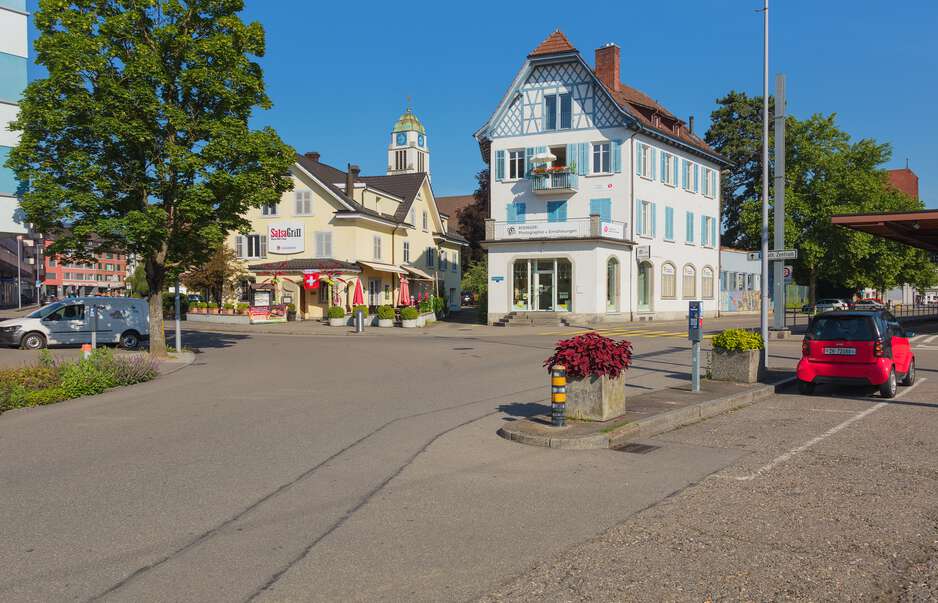